This is an Open Access article distributed under the terms of the Creative Commons Attribution Non-Commercial License (http://creativecommons.org/licenses/by-nc/3.0) which permits unrestricted non-commercial use, distribution, and reproduction in any medium, provided the original work is properly cited.

Go to
Prevalence estimates of obesity and overweight by gender and age, from 2010 KNHANES and 2010 CHS 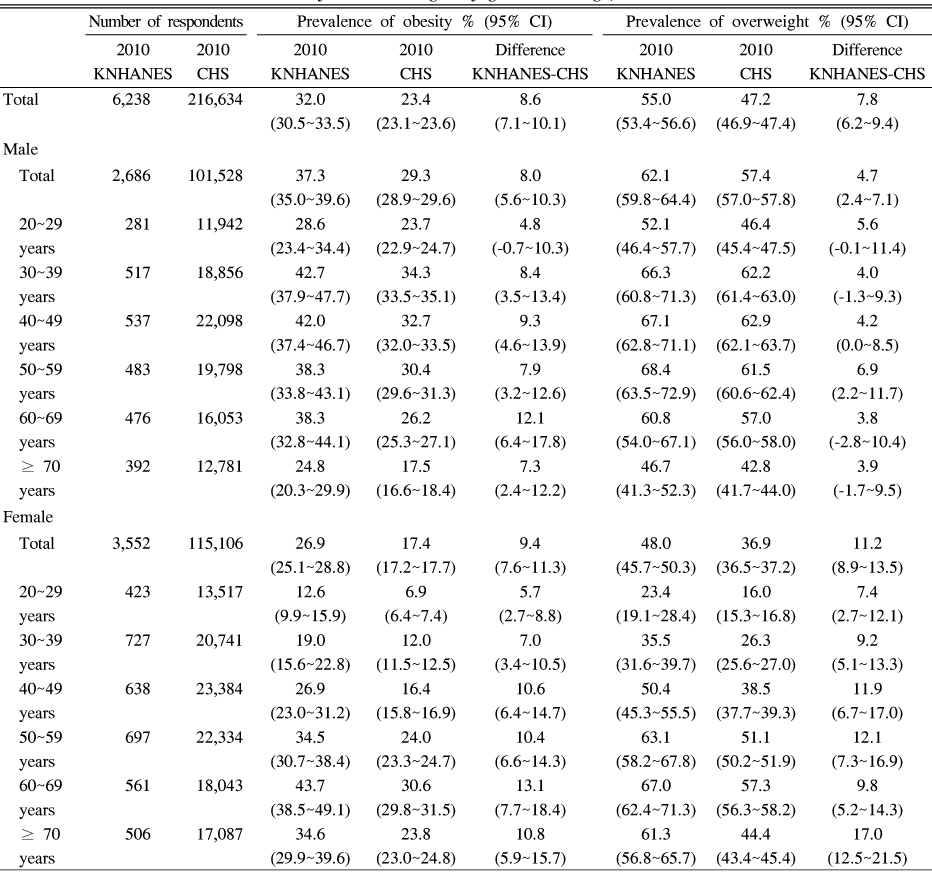